Coronavirus on garment manufacturers between China and ASEAN

Coronavirus on garment manufacturers between China and ASEAN

The development of novel coronavirus has attracted worldwide attention. China’s economic trend has become a particular concern outside the epidemic. ASEAN has just been promoted as China’s second largest trading partner in 2019, among which many countries’ textile and garment industries are closely linked with China. So far, what impact has the epidemic brought to the competition and cooperation between China and ASEAN in relevant fields? 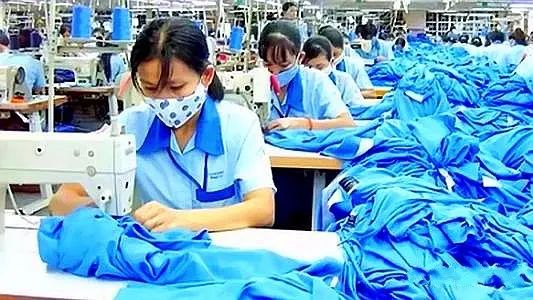 Burma:
Shortage of raw materials in garment factories reduces working hours
Novel coronavirus pneumonia is not affected by the epidemic of new coronavirus pneumonia, and Wu Minsuo garment industry’s chairman of the Burma Merchants Association said that the clothing materials needed by the Burma garment factories were not properly supplied. Therefore, the shortage of raw materials and the production work were affected.
Wu explained that affected by the epidemic, China’s clothing fabric factories could not be started normally and there was a shortage of clothing fabrics. Therefore, Myanmar is unable to import clothing fabrics from China normally, which has affected the production of Myanmar’s clothing industry. About 90% of Myanmar’s garment fabrics are imported from China, only 10% from Indonesia, South Korea and Vietnam.
Wu said that not only Myanmar is facing a shortage of raw materials, but the whole world is facing it. For example, most of the auto companies in the world are facing the shortage of parts and raw materials because most of the production industries in China are unable to produce normally.
Some clothing industry businessmen said that about 10% of Myanmar’s people work in the clothing industry. After the Chinese New Year holiday, because it is difficult to import clothing fabrics from China, the production work can not be carried out normally, so the clothing factory has to reduce the working hours, and give the workers holidays on Saturday and Sunday. 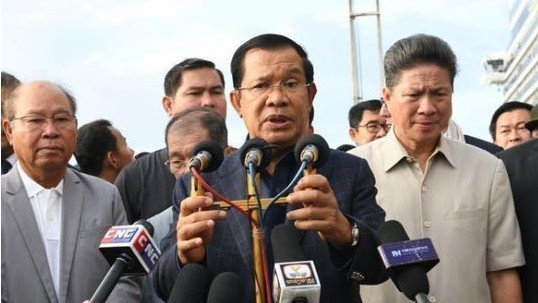 Cambodia:
“Duty free holiday” issued by the government
A novel coronavirus pneumonia was released in February 24th. Kampuchea Prime Minister Hong Sen said in February 24th that the new policy of “duty free holiday” for some domestic enterprises and factories was adopted by the government on the basis of the live broadcast of the new crown pneumonia epidemic.
Hong Sen said the novel coronavirus pneumonia affected Kampuchea’s tourism and clothing manufacturing industry, and some garment factories were also affected by the EU’s cancellation of some tariff preferences. To this end, the government has formulated a number of measures to support domestic related industries. Hun Sen said that some factories and enterprises in Cambodia can enjoy a “tax-free holiday” of half a year to one year, and the specific period will be determined by the impact of the factory, and the Ministry of Finance and economics will assess the actual situation of the factory.

China and ASEAN:
Overall trade pattern impact or not obvious
Dr. Li Hao, researcher of China ASEAN Regional Development Collaborative Innovation Center, said that the epidemic will lead to the decline of China ASEAN import and export trade. “Because of the epidemic, China’s consumption has slowed down dramatically, and the weak demand will inevitably affect ASEAN countries with high dependence on foreign trade. From the perspective of value chain, China is still the main supplier in the region. The current epidemic has led to the decline of China’s domestic supply capacity, which has led to the weakening of import trade of raw materials and intermediate products with ASEAN. Thailand, Malaysia, the Philippines and other countries are all countries with a high degree of supply chain connection in the region, which will be affected more. ” Li Hao believes that for Guangxi, Yunnan and other border provinces and regions bordering ASEAN countries, border trade will also be strongly impacted.
At present, the border trade of Muse port between China and Myanmar has stagnated, and the daily direct trade loss is estimated to be more than 14 million US dollars.

However, Li Hao also pointed out that the impact of the epidemic on investment and industry is not obvious. “Due to the postponement of manufacturing production caused by isolation measures and so on, the pressure on the regional supply chain will increase and the cost will rise in the short term. However, with the alleviation and lifting of the epidemic situation, the production system of the whole Asia Pacific region will soon return to normal. Therefore, in my personal judgment, it is unlikely that the industrial chain transfer expected by some western countries will occur. ”
In response, novel coronavirus pneumonia is expected to be affected by the latest research report released by AMRO, the ASEAN and China Japan Korea office. But it’s all temporary.