Many thousands of Chinese-funded garment factories in Myanmar decided to close!

Many thousands of Chinese-funded garment factories in Myanmar decided to close!

Reuters reported on April 7 that the fire department and local media reported that a Chinese-owned garment factory named JOC in Yangon caught fire on that day and no casualties were reported.

China Global Television Network (CGTN) pointed out on the 7th that the factory involved caught fire at 5:35 in the morning, and the fire was put out at 6:55 in the morning. Factory staff said that the incident may have been caused by arson, because the entrance was the first to catch fire when the incident occurred, and there was a smell of gasoline nearby. The factory estimated that the loss was about RMB 8 million. 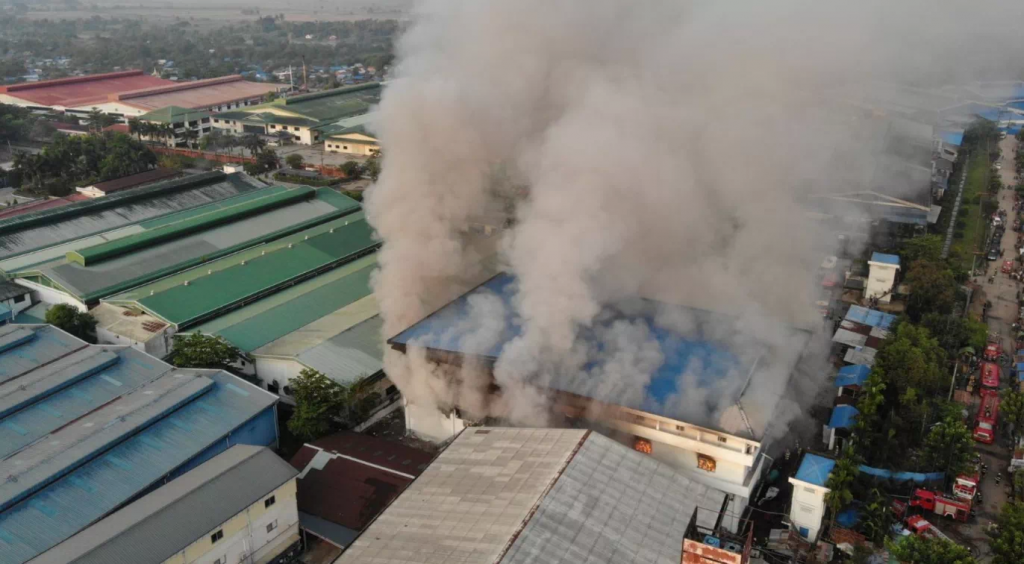 On April 7, a Chinese-owned garment factory named JOC in Yangon caught fire on the same day, and no casualties were reported.

According to Reuters, two years after opening a garment factory in Myanmar, the Chinese Mr. Li’s factory was on the verge of closing down.

He said, “If there are no new orders in the next few months, we will have no choice but to abandon Myanmar.” He said that his factory has been operating at about 20% of its production capacity recently, and can only rely on orders before the coup, and has already laid off 400 employees.

Mr. Li said that as the world’s second-largest fashion retailer H&M in Sweden, NEXT and Primark in the UK, Benetton in Italy, and other large fashion brands have stopped trading with the country due to the coup in Myanmar, he and many of his colleagues are considering The factory moved to other low-cost regions such as China, Cambodia or Vietnam.

Ravi Chunilal, the owner of a garment factory in Vietnam, told Reuters that he began to receive more business transferred from Myanmar.

Khin May Htway, a partner of the “MyanWei Consulting Group” company responsible for advising Chinese investors in Myanmar, said that at least two other Chinese-owned garment factories in Myanmar have decided to close, and they employ 3,000 workers in total. Because these two companies are her customers, she refused to disclose their identities.

Steve Lamar, chairman of the American Apparel & Footwear Association (AAFA), said that this may herald the “chaos” of Myanmar’s clothing industry in the future.